I was under commission to Birmingham Rep to write this play which is set in the studio of a 24 hour TV news channel. After many rewrites and workshops they eventually decided not to produce it.

October 2007: An all day workshop and reading at the Rep to look at the latest full draft. The day was directed by Caroline Jester. The actors were Andy Hockley, Alison Carney, Jo Moseley, John Flitcroft and Daniel Settatree. It was a great day.

Context Theatre with support from Escape Artists presented… A new, 20 minute workshop version of Rolling News at Diorama 1, London on 26 May 2003 as part of Context Theatre’s Shock and Awe – the sequel event.

Context Theatre was an association of theatre practitioners, founded by Claire Pamment (dramaturg) and Zoe Svendsen (director), promoting a working methodology that places dramaturgy at the forefront of practice in order to re-establish the connection between the play and the political and social world in which it takes place.

Beyond the Boundaries project…

“The REP presents a series of cutting edge presentations, performances and 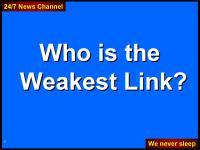 discussions of new writing that charts new dramatic territory, springs from unexpected collaborations and gives a voice to those rarely heard in the mainstream.”

There was a presentation of work in progress in the Rep’s board room on Friday 22 February 2002. The presentation was made in association with Stagecoach!

With thanks to Peter Leslie Wild, David Loyn, David Edgar and BBC News 24